Phil Mickelson Has Kept the Shades – Here’s Why

Phil Mickelson may have started a trend among PGA golfers. These days, he is frequently seen on the golf course wearing a pair of aviators with mirrored lenses. What started as a temporary solution to a medical problem has become standard fare for one of golf’s greatest players. Simply put, he has decided to keep the shades.

Professional golfers wearing sunglasses are not the norm. There is nothing that prohibits them from wearing shades, but PGA players tend to shy away from them. Not Mickelson. Now that he’s had a chance to play with them for a few months, he has determined that sunglasses will be part of his game moving forward.

1.Protection for the Skin

According to news reports, Mickelson did not start wearing sunglasses to protect his eyes. Rather, he was protecting the skin around his eyes.

Mickelson says he began using a skin cancer cream around his eyes earlier this year. He used it for about two weeks. Mickelson never admitted to having cancer, but he does have a well-known condition known as psoriatic arthritis. The condition can affect the skin.

At any rate, the cancer cream Mickelson was using makes the skin highly sensitive. And if you know anything about the eyes, you know the skin around them is among the most sensitive of all. Mickelson donned sunglasses to protect that skin while he was using the cream. 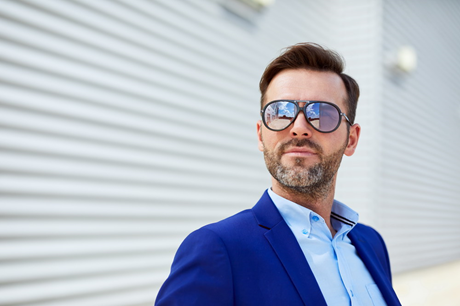 2.Why He’s Keeping the Shades

Mickelson’s description of the incident leads one to believe that he had only planned to wear sunglasses while he was using the anticancer cream. But then something happened. He realized he was finishing long days on the golf course with less eye fatigue and strain. Mickelson realized it was because he was no longer squinting.

Not squinting while out in the sun takes a lot of stress off the eyes and facial muscles. You end up with a more relaxed face and considerably less eye strain. Mickelson liked the results of not squinting enough that he decided to keep the shades.

Though the jury is still out on whether or not sunglasses improve Mickelson’s game, it is not beyond the realm of possibility. Olympic Eyewear says that sunglasses with a particular tint can make it easier to see the greens at a distance. We know polarized sunglasses can cut down on glare, and they might even make it easier to read putts.

Whether or not they make Mickelson a better golfer remains to be seen. And if they did, it is not a sure bet that Mickelson would attribute better play to his aviators. Still, it will be fun to watch. Seeing Mickelson tear up the fairways and finesse the greens while rocking a pair of classic aviators can only help the game’s image.

While golf enthusiasts pay attention to how well Mickelson is playing, no doubt the medical community will be encouraging other golfers to put on the shades, too. They have been telling us for years that sunglasses are vital kit whenever we step outdoors. There is no reason a professional golfer would be exempt from that principle.

In closing, Phil Mickelson is one example of a person who wears sunglasses – or at least started to wear them – for medical reasons. He wasn’t simply trying to look good on television. Rather, his sunglasses were meant to protect sensitive skin from sun damage. It is as good a reason as any other. You may not have sensitive skin at risk from sun exposure, but your eyes can stand to be protected from UV rays by a good pair of shades.